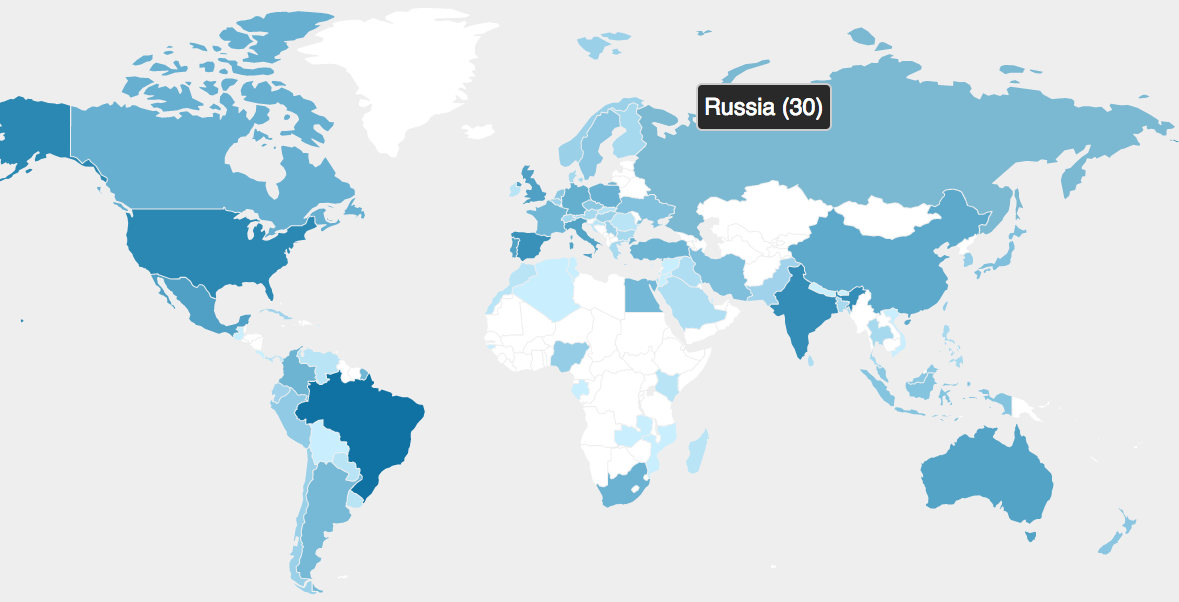 March 19, 2018 was Taxonomist Appreciation Day. It’s an event that generally flies under the radar because, well, taxonomy is an underappreciated science. Taxonomy, the science of naming and classifying organisms, does not require big money, does not require large teams of investigators, it’s methodology has remained consistent for nearly 300 years, and unsurprisingly, it’s thought that the number of practitioners is rapidly dwindling (though see Costello et al. 2013). And yet, all of biology depends on taxonomy. The products of taxonomy are critical for conservation, at all ports of entry, in the food industry, and taxonomy is the engine behind many bleeding edge artificial intelligence applications such as iNaturalist.

Taxonomist Appreciation Day was first championed in 2013 by Terry McGlynn

, a prolific blogger, active Twitter user, and Professor of Biology, CSU Dominguez Hills & Research Associate, Natural History Museum of LA County. He sought to thank his mentor, Jack Longino, a well-known ant taxonomist at the University of Texas, Austin in a big way, by launching a campaign for other biologists to recognize their mentors. Terry’s movement has subsequently gained momentum.

But how many taxonomists are there, who are they, where are they, and what do they work on? There are a number of ways to tackle these questions. One approach would require scouring through 300 years of scientific literature, mining registries like ZooBank and the International Plant Name Index the Catalog of Life (among others), Wikipedia, and Wikispecies, and swaths of other balkanized resources. This would require a significant investment of time, energy, and programming effort. Reconciling author names would require sensitivity to cultural practices and layers of tools to deal with the idiosyncrasies in taxonomic databases. The result would be difficult to reproduce and keep fresh. Much like a toiling taxonomist, this would be an insular activity.

Another more active and reactive approach is to take advantage of initiatives that already do a superb job of tracking the identity of active researchers. Initiatives like ORCID. Because ORCID is tightly integrated with Crossref, DataCite, and other resources, there’s a natural, easy opportunity for researchers to tie their works to their identities. The added bonus of self-assigned keywords to one’s ORCID account presents an opportunity for a campaign. It’s entirely likely that a few taxonomists have an ORCID account.

Taxonomists generally like lists. And lists of lists. So, even though Taxonomist Appreciation Day nearly slipped under my radar, I jumped at the chance to send a few rapid tweets. I have few followers, but gave it a go. Could we get taxonomists to tell us who they are instead of mining the literature and taxonomic databases? As I would have expected, there was a modest number of retweets. One respondent wisely suggested that I also encourage the use of the keyword “taxonomy”. “Taxonomist” felt unnatural.

By the next day, I assembled a proof-of-concept using ORCID’s public API: https://taxonomists.shorthouse.net. In that brief time, five new ORCID accounts were created with the suggested keyword and 65 others had been updated, many of whom added “taxonomy” or “taxonomist”. Others, having seen that their organisms of specialty were not listed in the proof-of-concept, made the effort to link their works such that my script would churn through these new titles and lift out the scientific names. And many added a country to their accounts for the first time. Active campaigns like this engage communities of researchers with the ORCID ecosystem. Its well-constructed public API permits very rapid production of value-added products of benefit to those same communities. There’s potential here for other interesting ways to capitalize on positive feedback-driven network effects.

By others’ estimates, there are approximately 10,000 active taxonomists globally (Patterson

, personal communication). The nearly 1,500 on the list here (and shown in the map above) is an excellent start. Plus, we now know where they are, what they work on, and we can reproduce this list with little effort. Indeed, my script executes every day in search of taxonomists with new ORCID accounts and executes once a week to refresh its entire cache of scientific names in the titles of their linked works. Perhaps by Taxonomist Appreciation Day on March 19, 2020, the last year of the United Nations Decade on Biodiversity, we’ll see all active taxonomists on this list. Then, we can collectively give all of them the appreciation that they rightfully deserve.